Raleigh Running for over 11 years

The nOg Run Club is the result of a couple of chance encounters, a few like-minded folks at Tir Na Nog, Chiropractic Cafe and Fleet Feet Sports Raleigh, and hundreds of Triangle residents who love to run, walk, and drink beer. We love runners and walkers, and we love beer drinkers. If you fit any of those descriptions, come join us. And after your first run – after you have been welcomed into the Froth Hound fold – bring a friend or two next time!

Please feel free to email us at info@nogrunclub.com with any questions or concerns.

After reading an article in a running magazine, Dr. Elizabeth Pagano wanted to start a running group that met at her brother’s pub, Tir na nOg. She went to Fleet Feet in the summer of 2008 to be skillfully fit for running shoes and toplant the seed for the nOg Run Club in the process. While Eugene Wheeler was fitting Liz for shoes, she mentioned her brother owned an Irish Pub in downtown Raleigh and she was interested in starting a pub run. Eugene’s heart leaped at the thought of running and beer coupled together in one synergetic experience. He got permission from Bob Morris, the owner of Fleet Feet, to pursue this dream.

So with a mind like a steel trap, Eugene promptly went the very next day at the wrong pub to discuss the run club. He relayed to the bartender all about how he had met the owner’s sister the day before, and was anxious to start a terrific partnership with that certain watering hole. But no such meeting had actually occurred. The owner probably thought Eugene was up to shenanigans, and that was the end of a brief dream. Months later, Julie Stumpf, then marketing manager at Fleet Feet Sports Raleigh, went to talk to the great folks at Chiropractic Cafe about forming a business partnership. Who should Julie encounter at Chiropractic Cafe, but one Dr. Elizabeth Pagano. She told Julie about her brother’s pub, Tir Na Nog and her desires to start a pub run. At that moment, the trumpets blared, the planets aligned, and runners and beer drinkers from all corners of the Triangle reported getting warm fuzzies. This was the missing link, the name of the correct pub. Numbers were exchanged and plans were made.

Julie worked out the logistics of starting a new club, and Eugene mapped a 3-, 4-, 5-, and 6-mile route leaving from Tir Na Nog’s prime piece of downtown real estate. Pete Pagano, owner of Tir Na Nog, organized the bar side of things, tasty food, great beer specials and a stellar bar staff willing to serve a bunch of sweaty (and possibly smelly) runners and walkers and Dr. Rick Florez, co-owner of Chiropractic Cafe, prepared to take the mic.

The first run was held the first Monday in August 2008, and expectations were low. We were not above including any bar patron who happened to be wearing shorts in our attendance numbers. We did not expect the nearly 70 folks who showed up for the inaugural nOg Run Club. We didn’t know folks would hang out for a couple of hours afterward enjoying the company of other Froth Hounds. Word spread, and attendance doubled the next month. This was the impetus for the weekly runs we now have. Once a month just wasn’t enough running and beer for our dedicated pack of Froth Hounds. 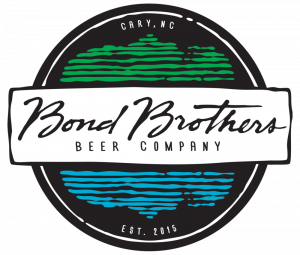 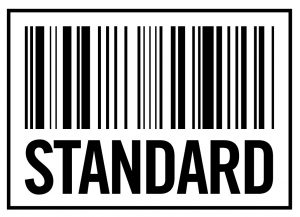 The nOg Run Club, a 501(c)3 charity organization, is dedicated to promoting charity and charitable awareness among runners and walkers of all abilities in the Triangle. Please see the “Charity” page for more information on how the run club gives back to the community.

Make a donation to the nOg Run Club